Phew – hot again,  This summer seems to have been either on or off – with little middle ground.  Just a perception I expect, since there have probably been as many mediocre days as usual but it was certainly a little warm for anything to vigorous on Saturday and most volunteers were (I believe – since I wasn’t there!) absent.  For anyone who did attend – thanks and bravely done.

Today was Bank Holiday Monday and by mid-afternoon it was almost equally warm.  So our work period was transferred to the morning and for those hardy few who turned up (self, Mary and Dave T) it was pleasantly misty and cool ’til about 1100.  (I am sure I will live to regret this sort of comment when the first frost arrives.)  I did a little restoration work in the loft – after last weeks electrical repairs: restoring the grab rail and re-stacking the kit we have up there.  After that a session of billy-goating on Platforms 1 and 2 – just to keep everything tidy.  There I happened upon Mary – watering and weeding – when the King arrived!  Edward II, in this instance, looking ‘blue’: 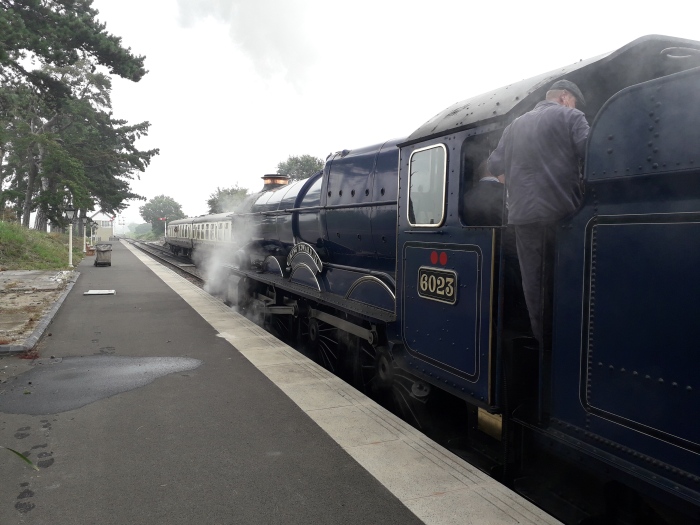 Here’s the happy crowds awaiting the Red Dragon’s departure at 1105!  Or just after, since the station staff try very hard to make sure even late arrivals can get down the ramp in time.  And there’s no rush really!

Dave T was re-stocking the small area in the Ticket Office where we sell railway-related stuff – books magazines etc – most of which are kindly donated by well-wishers and the income from which helps supplement the maintenance of the Station.

I had the privilege of trying out the new lawn mower – life has few greater excitements after a certain age – and do a bit of scything (or was it sickling) – with a newly sharpened sickle!  And the outcome looks more or less like it did after using the old lawn mower and a blunt sickle: 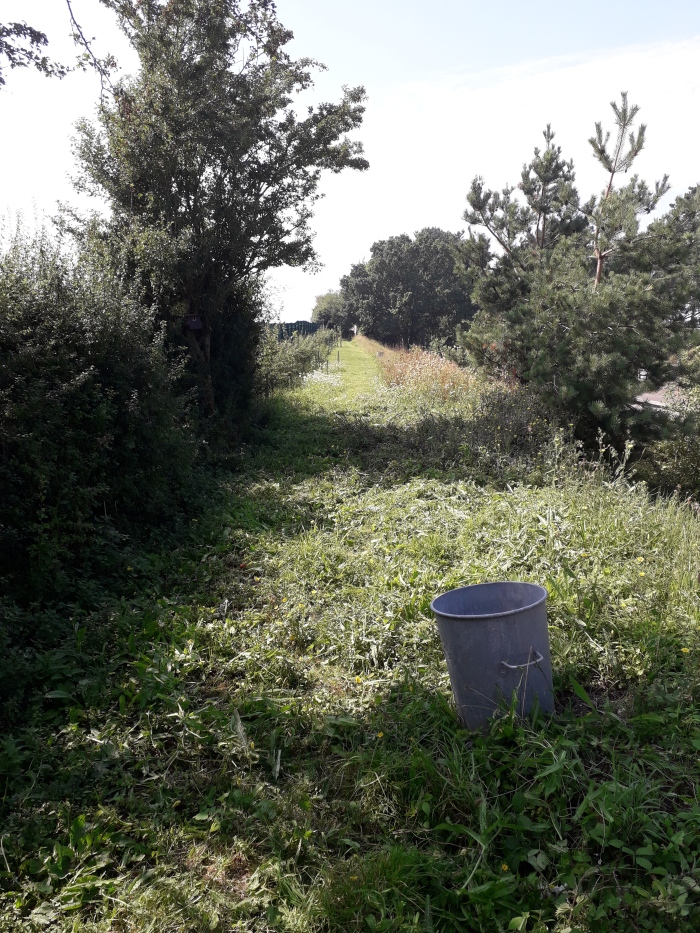 But with less effort!

One thought on “26 Aug – Volunteer Meltdown!”