It always seems to come as a sense of relief when the first train-free weekend of the close season occurs (even though Nov is really only a short break).  It’s a rather ungrateful sentiment of course, since we rely entirely on the interest and income from passengers for the railway to exist.  However, there no denying that we have an easier time for maintaining things when there’s no trains and few people!

Anyway, it was another decent crowd of volunteers and I spotted Steve, Dave T, Mary, Dave G, Bob, Bill, Wiley, Ben and Maurice.  There could have been others lurking about in the undergrowth with our local water tower team doing their thing plus a track walker inspecting his way from the Racecourse Station up the line (and cycling back).

I will, unapologetically, focus on the pine straw team (self, Ben and Wiley) who continued the apparently mammoth job of raking down the Platform 2 embankment.  As blog reader will be aware some trees have been removed but I can say I has made little difference as yet to the amount of debris!!

We are, I gather, replanting trees on a one for one basis! Oh good!

The method, such as it is, involves raking down the debris onto the track side, packing into Dumpy Bags and loading onto our rail trolley to move them up or down the line to the fire sites.

Which is quite good fun until you meet an inconvenient set of points!  Anyway here’s the start of what will be a much, much bigger bonfire.

Also on the task list was a quick dig out of the steps beneath the arches under the Evesham Road bridge – which have a tendency to become part of the earthworks.

Elsewhere, the shed team report that water and power are now available – so that’ll be regular home from home for those doing crossing duty at the next race meeting. 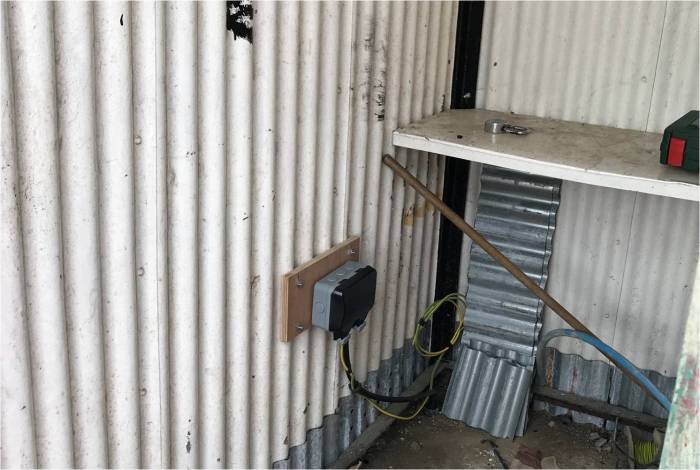 More internal tidying up to do yet however, and the paint job is some way from completion, though I am impressed by the amount of bare metal now showing. 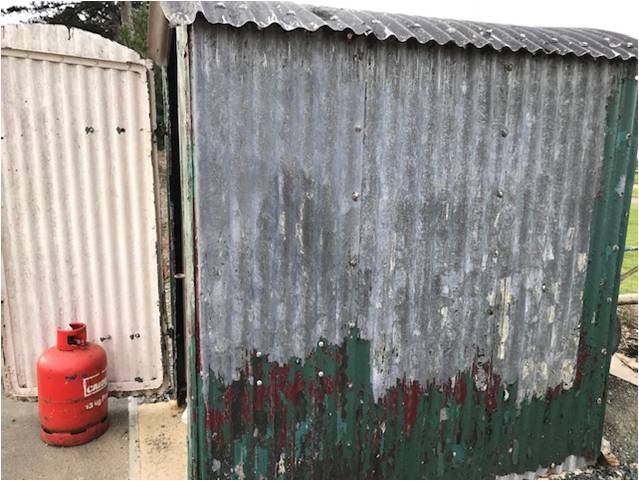 Very authentic and we are looking forward to the re-painting task (you have to have done at least 3 morning’s scraping to qualify).