It is of course a feature of Cheltenham Racecourse Station that we have pine trees on the slopes of the cutting in which the track bed lies.  These are generally appreciated and (native species or not) lend a certain character to the place.   We would be sad to lose them and, as alluded to in previous blogs, the reduction in many overhanging branches and removal of some of the more vulnerable trees – for all our safeties –  will make a difference to the appearance of some parts of the Station.  However, I am assured that the process will be carefully managed. 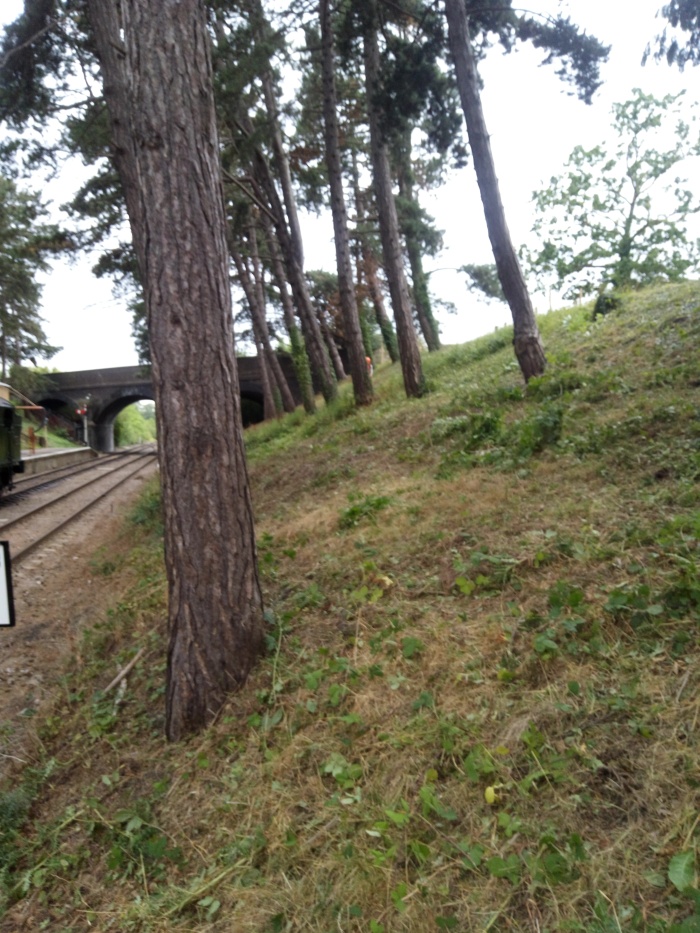 Two views of the Evesham Road bridge as it is now and as it was when the Station was under construction: 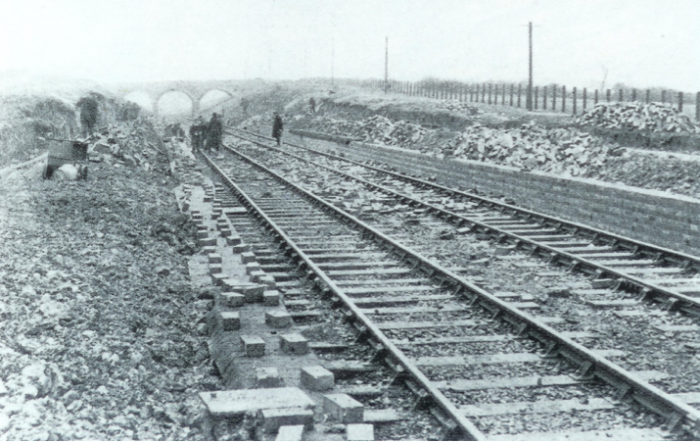 The volunteers often joke that the pines are not universally popular for various reasons – but mainly because they distribute copies quantities of pine needles and pine cones across track, platforms and all the surrounding areas.  Normally, this is most noticeable in autumn and winter but this year we are being treated to an early deluge – probably due to the low rainfall levels. Here’s Andy in the middle of stint of raking and barrowing yet another load of pine presents off the track side and onto our bonfire site: 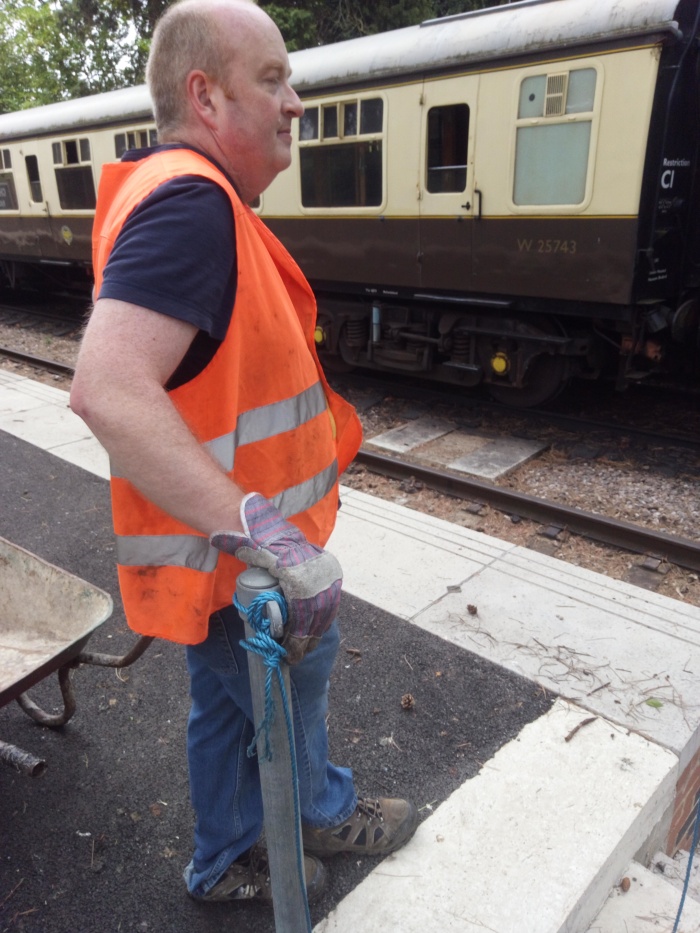 And here’s another hero of the hour: 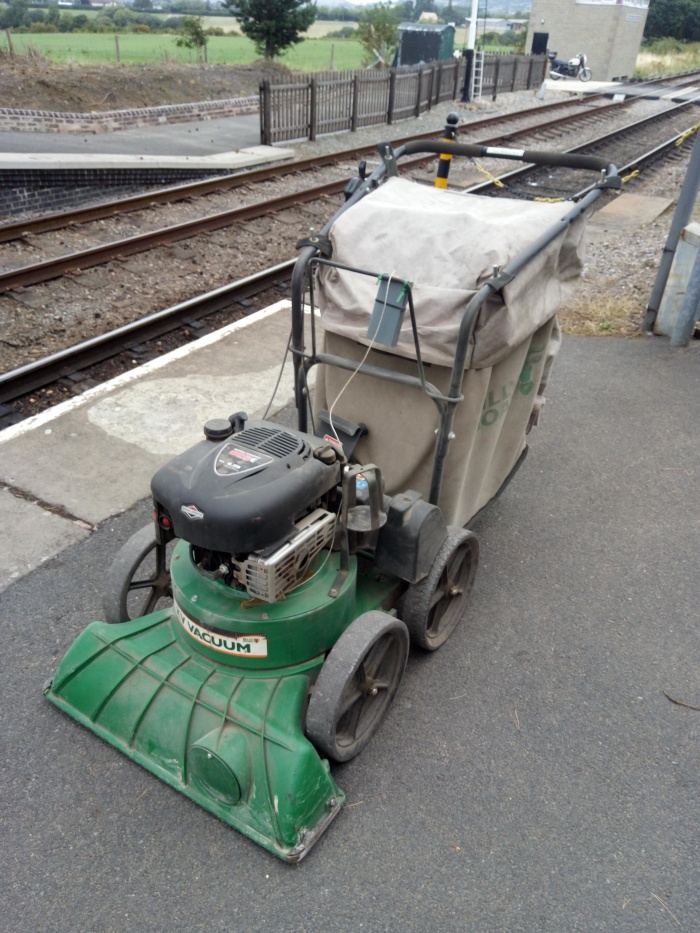 I am not much of gadget man normally but Billy is invaluable and allows one man (me this morning) to sweep both platforms in roughly an hour – whereas it would probably take 6 volunteers the same length of time to do half as much – if you could find 6 willing to do so!  Thirsty work for man and machine!

Apart from making the place look untidy the pine debris is a fire hazard on the track running steam engines and, since the system by which rail and sleepers are connected contains a small plastic element, such conflagrations are not a good idea!  However, more promisingly the ban on bonfires has now been relaxed so that Bob and Ros could reduced our pile of debris to ashes earlier in the week:

Apparently the flames could be seen in Bishops’s Cleeve! (NB Gloucs Fire Service were informed and content).

Meanwhile, Steve, Colin, Andy, Bob, Terry, John, Ros, Mike and Dave G were busy about their tasks.  There was much strimming on the Platform 2 bank, some gardening on both sides plus other general maintenance tasks.  As per blogs passim it seems that this time of year we are keeping our estate in check and our (large numbers of !) passengers content – or I certainly hope so.