The  trouble with good weather is that it tends to make you complacent – you expect it to carry on being warm and sunny.  So, whilst I expected to be wearing my sunhat the Racecourse Station this morning, I need to wear the winter woolly job – at least initially.

Various job were being done in the quiet of a (more or less) passenger-free day.  Bob was renovating the top Platform 1 signage and then in-filling some of the rot in the wood on the Ticket Office building:

Dave G was trying to locate some signs and then working on innumerable painting tasks.

Meanwhile, I collected some more of the remaining brash on Platform 1 and the fallen pine timber on the Platform 2 embankment, then made (but did not light) a bonfire.  That was swiftly done so I reverted to clearing tasks and took some exercise by attempting  stump removal.  The brambles succumbed reasonably easily but, where we have felled substantial hawthorn the stumps prove pretty intractable.  This is a classic example:

And, after an hour of work on a similar stump, this is progress: 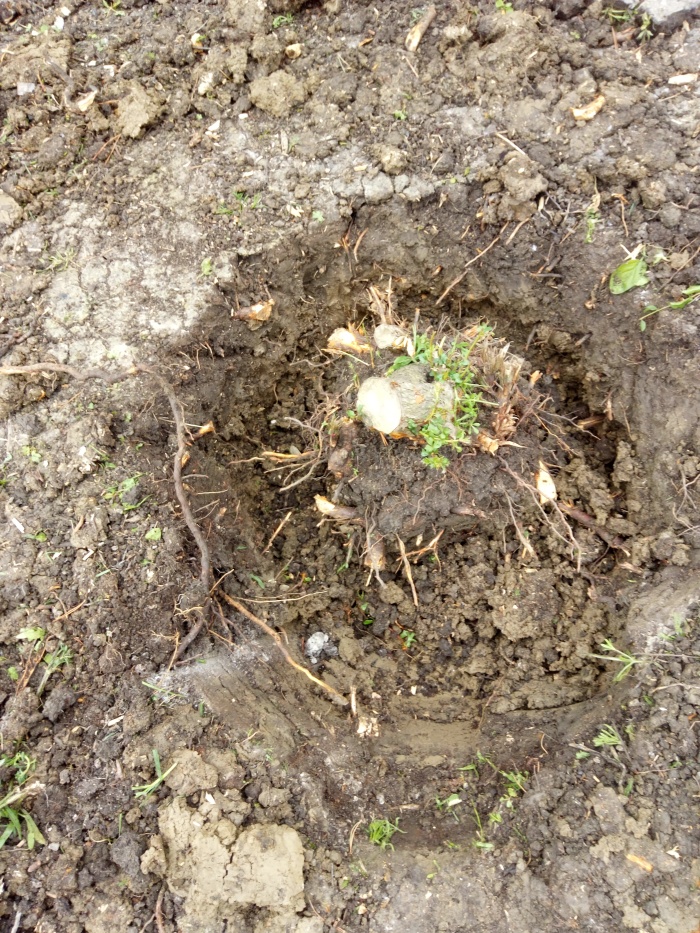 But it ain’t out yet by a long chalk!

So I decided the score was Stump 1 – Volunteer 0 and moved on.  The last blog mentioned some of the industrial archaeology finds and there are several of these buried in the P1 bank:

They are, I am confidently informed, tensioning stays for the telegraph poles which used to adorn the bank behind the current station buildings.  This one was rather in the way and a substantial trip hazard so it has been removed.  The telegraph poles have, of course, long gone but similar ones can be seen alongside Platform 2 in this image Old Racecourse.  Nowadays you just have to manage with a mobile and 4G!

And suddenly the peace and gentle thump of pickaxe on stump was disturbed by a train: 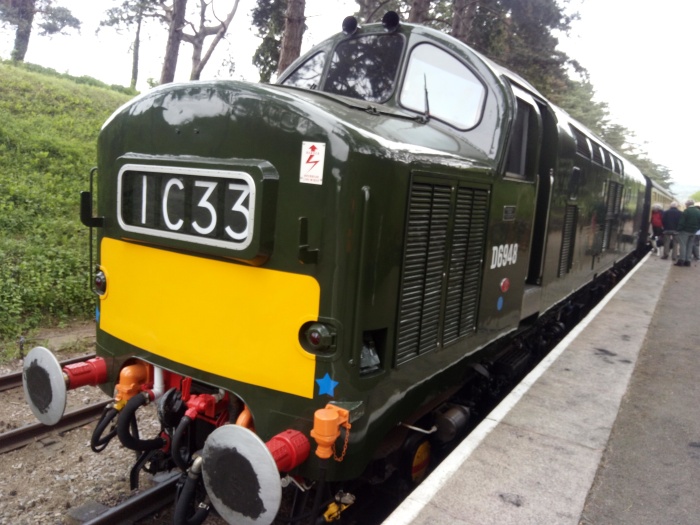 Diesel experience I presume and everyone seemed to be enjoying themselves!  Here’s the cab where the finer points of train driving are being explained: