Ed: The following is from Bob Stark regarding today’s Asparagus Special:

There were strange goings on at the Racecourse Station this morning in advance of a special “Asparagus” train  marking the beginning of the Vale of Evesham asparagus season. In the margins of this celebration a fund raising event for our neighbours at the Cotswold Riding for the Disabled (RDA) was taking place. With no official duties to perform, other than meet and greet old friends, Ros and I helped Steve (from Coventry) to set up his stall to feed the anticipated hungry travellers after their long journey south from Broadway.

As well as dozens of rolls and the fillings Steve brought with him 3 enormous polystyrene asparagus spears to set the stage. After the train arrived he was supported by a couple of the “Green Men” who were seemingly guarding the consignment of fresh asparagus that was to be auctioned at the RDA later in the morning. As you can see below this guardian was clutching his portion of “gras”, as apparently it is known locally, and was not prepared even to sell it to lovers of this vegetable. This was a marketing opportunity lost! 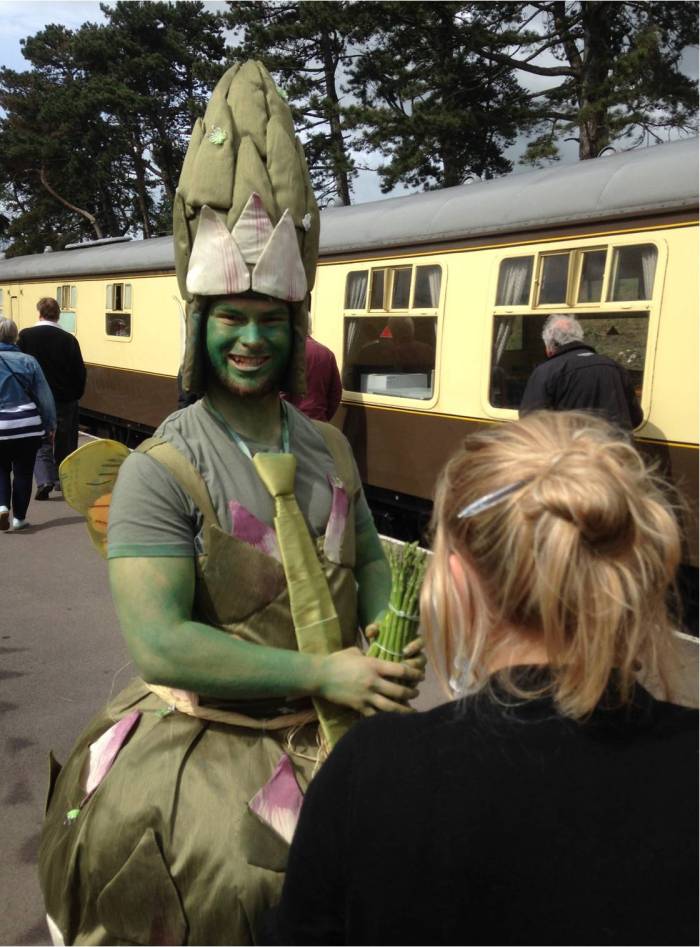 Others were more fortunate and here you can see Edward Gillespie the County deputy representative and our strong supporter when he was managing the Racecourse accepting a somewhat more generous portion of asparagus for auction later at the RDA. The immense value of this gift being presented by one of the Morris Dancers can be gauged by the close attendance of St George’s representative with sword and shield at the ready. 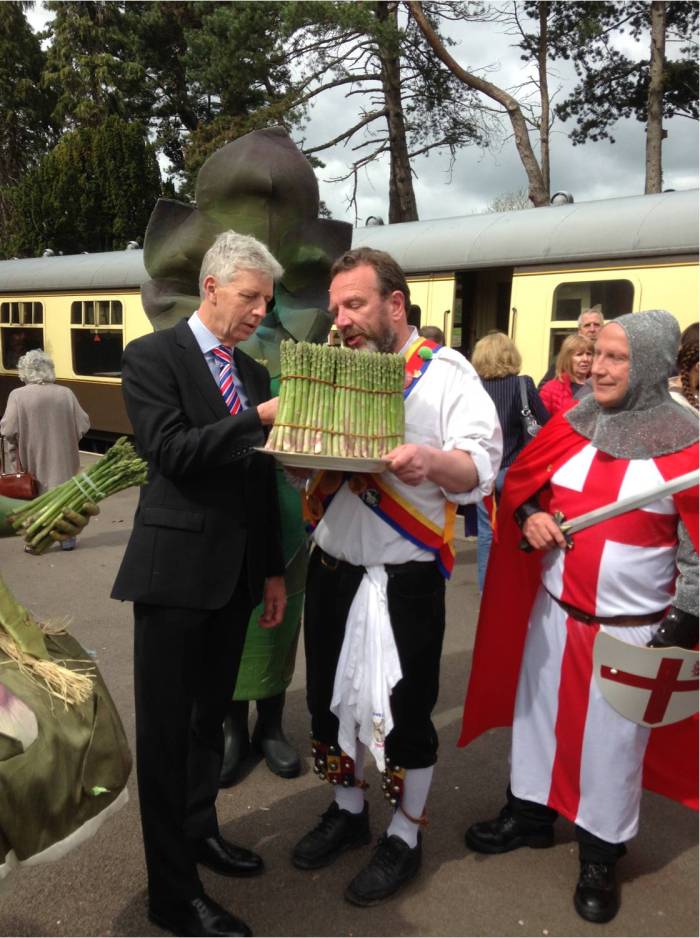 Elsewhere the travelling public were being wined and “burgered” with a long line of thirsty travellers enjoying the entertainment (and Prosecco). Note that your scribe had none! (So he says – Ed!) 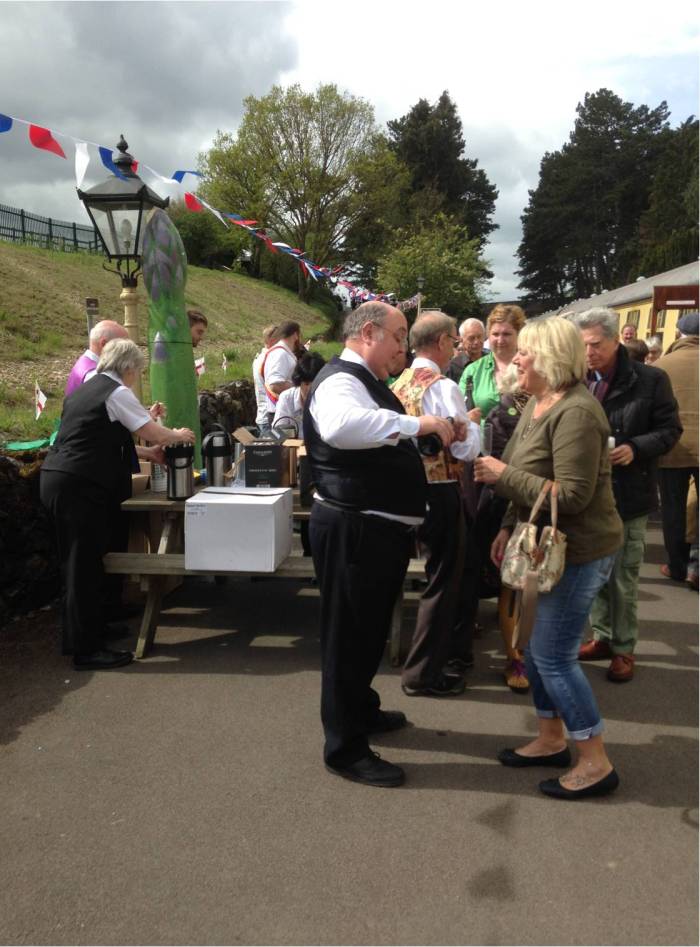 Colourful music music was provided for this happy occasion by the two roving “artistes” below:

You have seen the green men above, but the prize for silent patience and good manners must go to the visitor below from the RDA.

PS: And there were no unwelcome presents left on the Platform!