And it was even slightly too warm to be doing some tasks.  But don’t let anyone think I’m complaining – definitely not.  The good weather again brought out the masses (of passengers and volunteers) so that much was achieved in fine conditions with the car park bulging.  Luckily at Cheltenham Racecourse we might be short on some aspects of infrastructure but we don’t lack for parking! Anyway, Dave T & Mary, Bob and Roz, Terry, Bill, Wylie, Maurice, Andy M, Maurice, John, Mike, Colin and Paul L were all in fine fettle. (Dave G at a meeting and Ben in the Shop – see later.)  Here’s a rough sketch of what went on.

Bob and Roz were early bunting hangers (ahead of the Wartime Weekend next Sat/Sun/Mon) so there was a festive air to the Station: 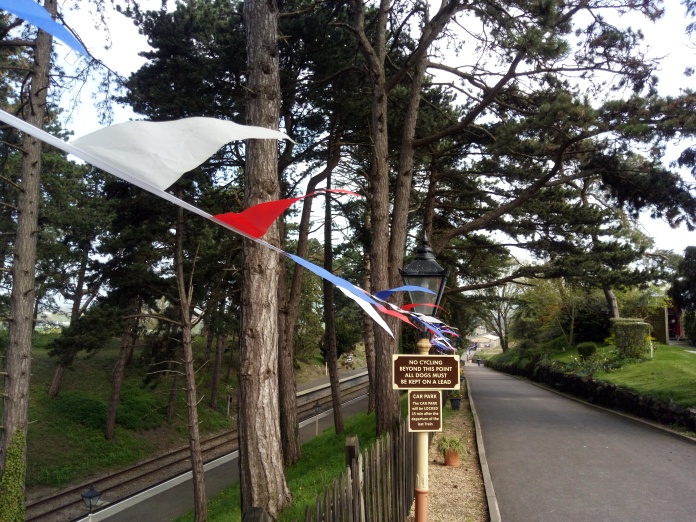 Great effort guys – Roz looks to be taking it more calmly than Bob!

Up on the Platform 1 bank a deal of tidying and tending remain to be done, on this occasion by Dave T, Maurice, Terry and Andy M: 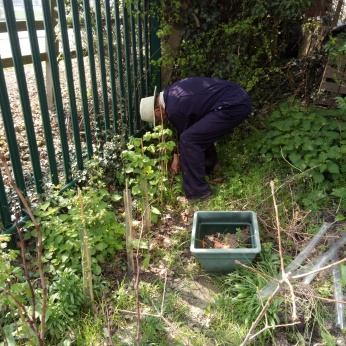 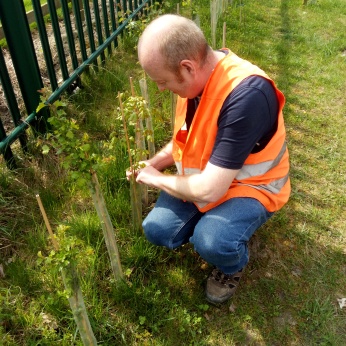 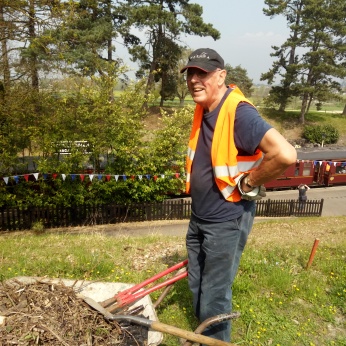 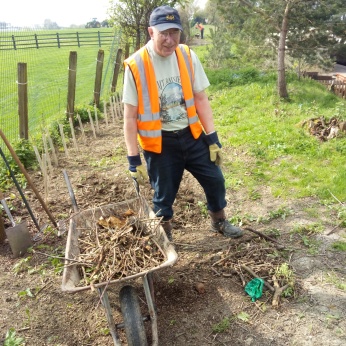 Sterling effort though I suspect there may be one or 2 more stumps to remove!

And down at the other end Bill, Wylie and I were enlarging the base for the ‘new’ shed: 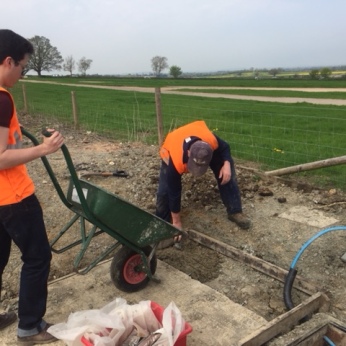 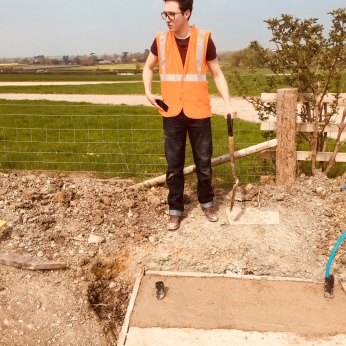 (Pictures from Bill and I’ve no idea why Wylie was doing a ‘Thinker’ pose?!)

For the record here are the genuine GWR shed bits during their ‘storage’ phase: 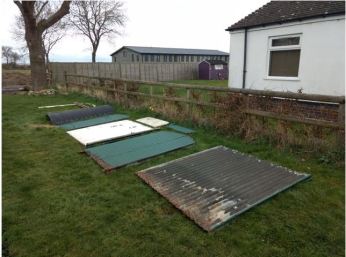 Although there aren’t many pieces in this jigsaw I have a suspicion that mantling it back together wont be straightforward; however in the interests of authenticity and all that we will certainly try.

John was gardening on the allotment, then fixing a loose slab and easily wins the weekly prize for best hat:

Mary, Colin and Paul were also busy gardening but escaped the candid camera on this occasion.

And for those who didn’t believe Ben could look smart here he is in Shop Assistant mode: 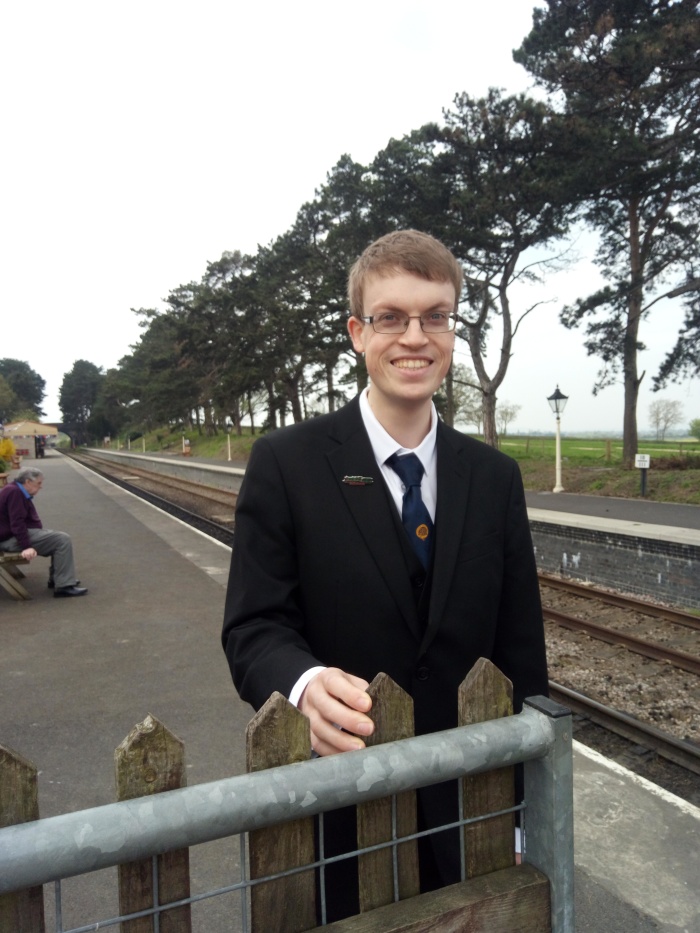 I can’t imagine that any other Shop Assistants in Gloucs look more impressive!

And finally, Mike was providing a stream of railway reminiscences during teak break :

A great deal accomplished – so thanks to all concerned!

One thought on “21 Apr: Oh what a beautiful morning!”