With the novelty value (I hesitate to say pleasure) of planting hawthorn rather than chopping it down still fresh, and the weather (whisper it softly) fine and dry, I repaired to the Racecourse for a Monday afternoon shift.  The usual band of faithful volunteers were present including Dave T, Dave G, Mary, Roger, Ian & John.  (Noting that Bob and Ros had been busy on Platform 2 in the morning.)

Dave G was organising and preparing for the anticipated weekend of mayhem (sorry that should read ‘orderly busyness’) coming up with Broadway’s official service commencement etc.  You might have assumed that this far down the line we would be immune but there is much involved in running a railway that the casual observer (such as me) fails to appreciate.  Anyway let’s just say that the team are planning for all contingencies.  And  in the middle of that Dave was supervising some final painting touches with Roger.

And to play our part in making everything look shipshape there was a clean and tidy team (Mike and Ian) hard at work: 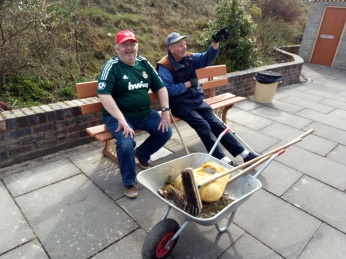 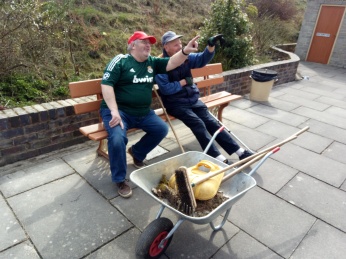 Honestly, this was just a short well-earned sit down after and before some stiff platform brushing!

Mary was reassuring herself as to ‘how does her garden grow?’: 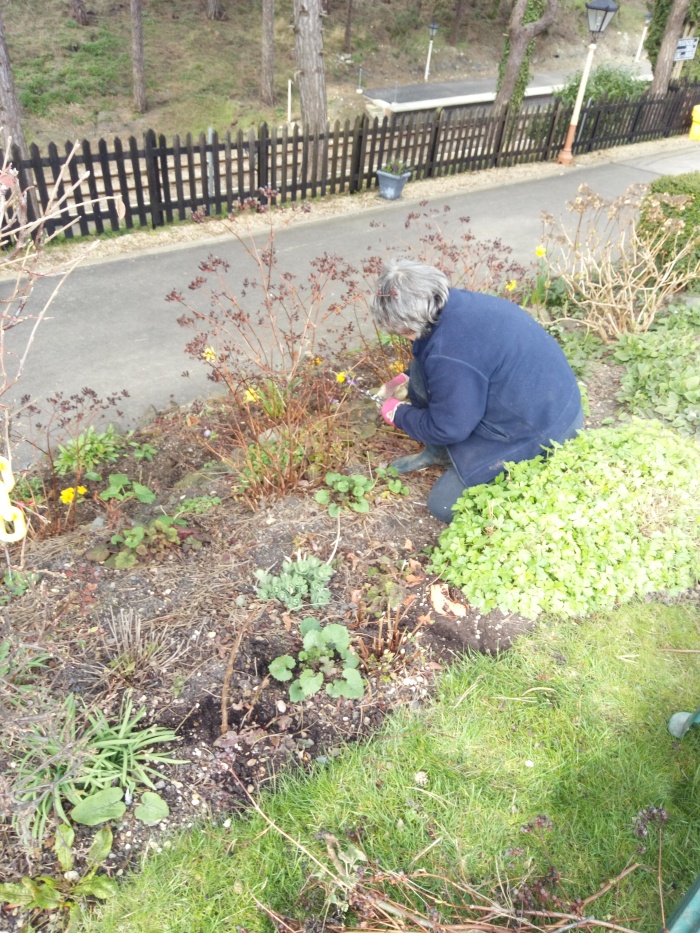 A late spring for certain here in Gloucestershire in 2018.

Dave T was replacing hedge saplings which had been planted in 2017 and eaten in 2018! Meanwhile, further down the hedge line John and I were busy with this year’s new crop of hawthorns.  Having dug a hole or two I discovered that there was rather a clean hard line beneath the surface of the old drainage ditch – and began to wonder if the ditch had been lined or brick faced?  However, a little more digging revealed – guess what –  a buried concrete fence post! 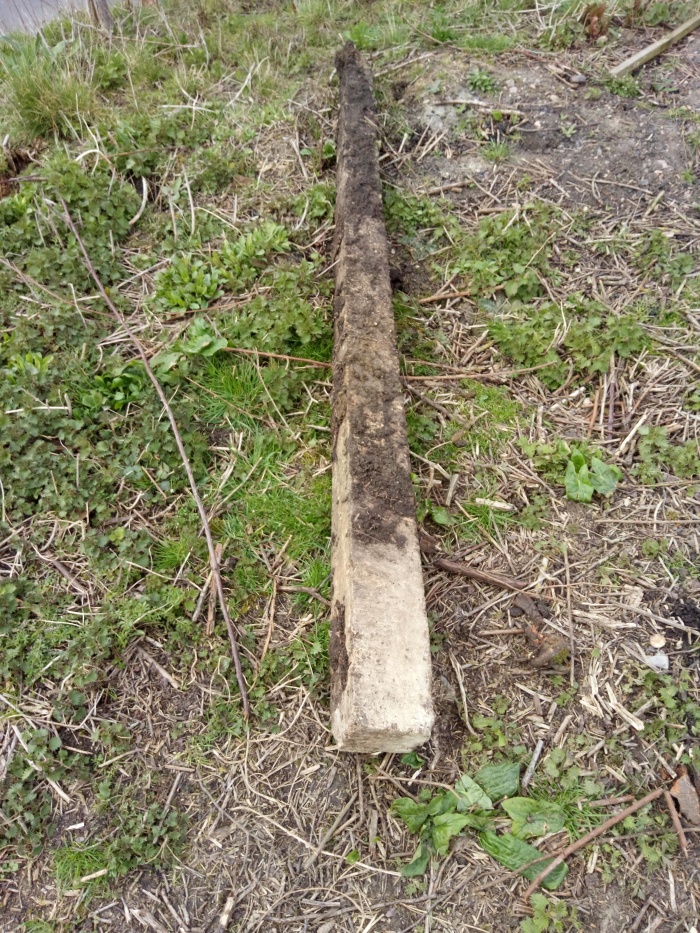 A moment of pure nostalgic joy for those lost days of autumn when no Saturday was complete without knocking down and carrying away a few of these, viz 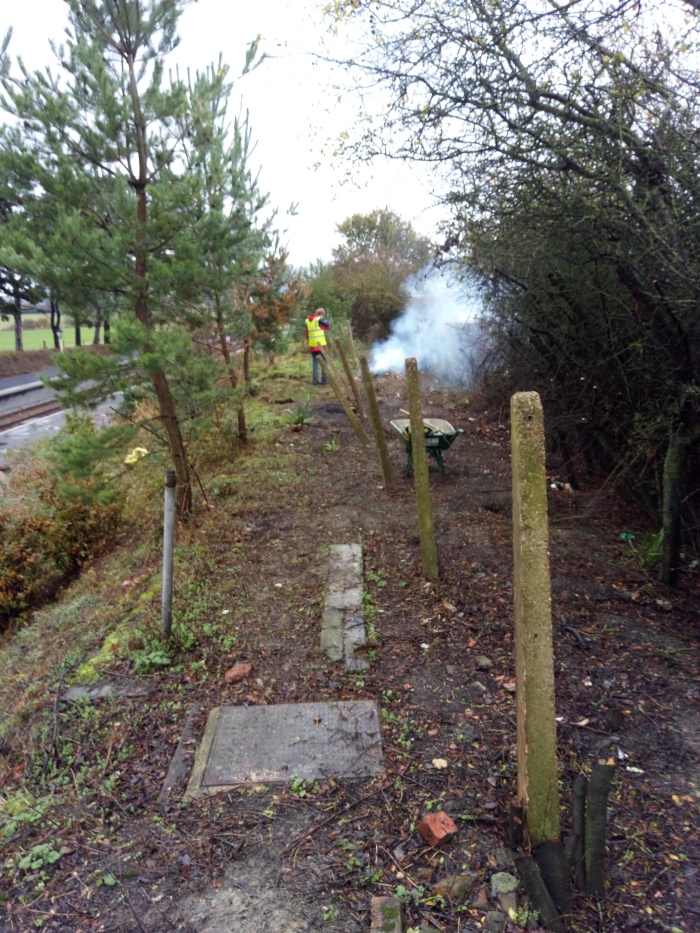 All gone now of course and hopefully this really was the ‘Last Post’!  Here is the ditch/fence line before and after our efforts this afternoon: 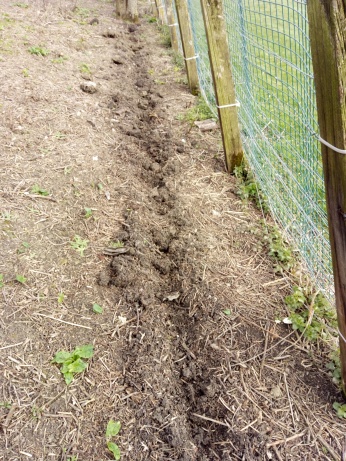 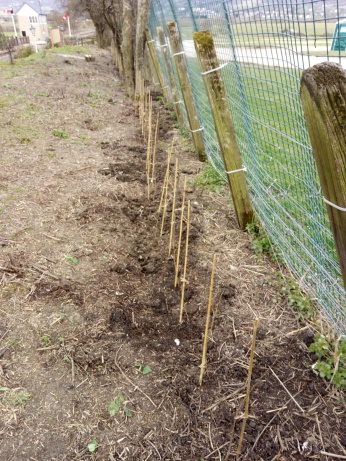 Or for a slightly wider perspective: 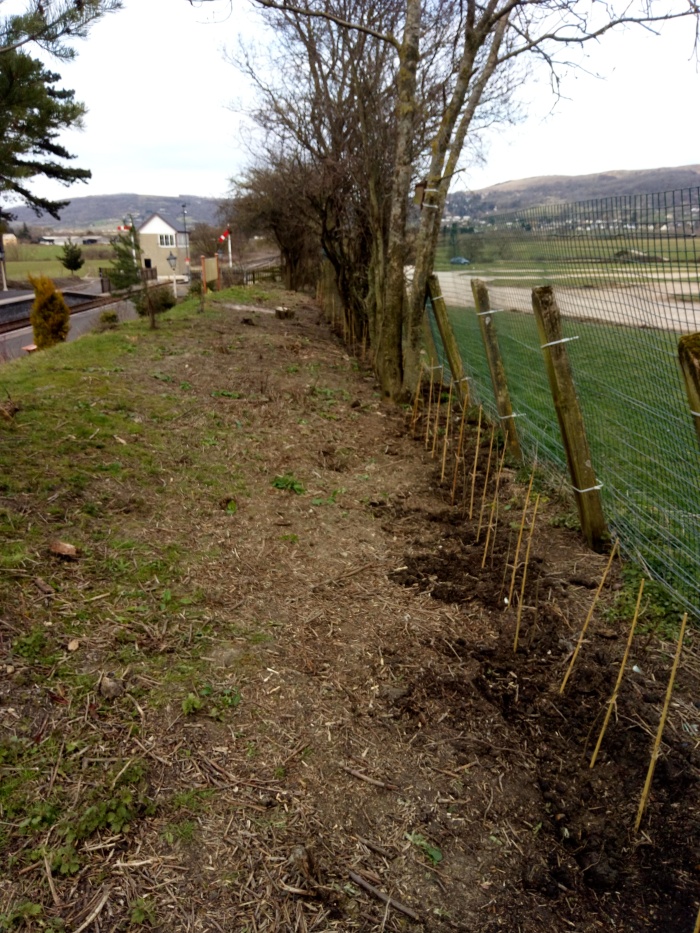 Only another 50 or so to plant.

Looking forward to Broadway busyness over the Easter weekend.