There was, of course, something of a frantic air (or maybe it was just busy) as we prepared for Train 1 of the 2018 season.  One could blame the weather for the rather difficult circumstances and appearance of the platforms etc – readers may recall that only 7 days earlier we were several feet deep in snow.  And adding to the frenzy we at the Racecourse aren’t just prepping for the Saturday & Sunday GWSR services, we are getting the place all shipshape for the Cheltenham Festival.  As such, it was good to see Paul, Dave G, Dave T, Bob, Andy, Ben and Steve this morning.

I don’t know what the work up and down the line is like but the atmosphere of mayhem on the Racecourse itself has to be experienced to be believed, both before and during the racing.  Here’s an example of what we get up to: space for a filming platform – doesn’t do much for the ticket office vista but it makes money (or so I am led to believe).

The best news is that Saturday’s trains were up and running on time – always a mild concern after a couple of months of dormancy.  Various parties have been busy all week with preparations including painting, cleaning and getting all the paraphernalia out again. Billy was busy sweeping up and down and a short break in the rain allowed your truly to nip out and cut the grass (avoiding most of the daffodils!) outside the Ticket Office: 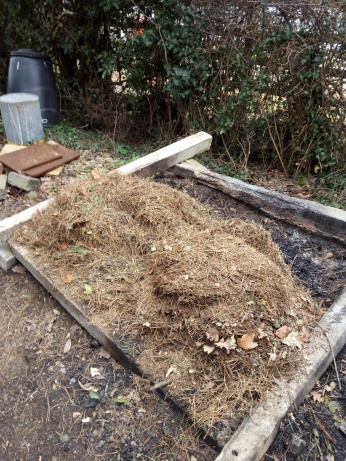 And here are a couple of Bob’s achievements from earlier in the week: freshly painted signs and a new seat plank: 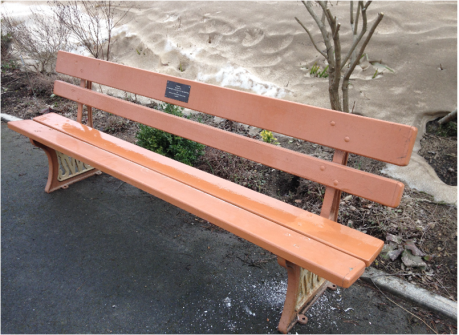 All of which facilities were put to good use as we celebrated the arrival of Foremark Hall dead on time:

Elsewhere, benches were being rearranged (Steve & Dave T), Platform 1 got another clean (Tim, Steve & Ben) and Bob was busy trying to dry out the electrics beneath Platform 2.

And also managing to keep to the new timetable the railcar service, 1210 departure:

The shop was open and busy too, though remnants of the snow (dirt encrusted!) can still be seen: 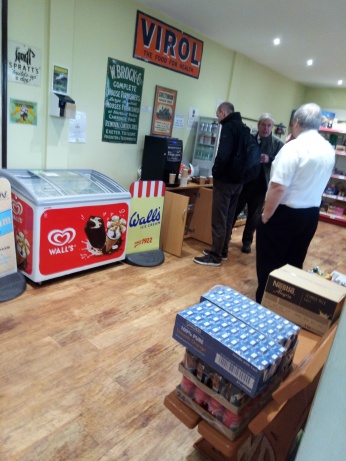 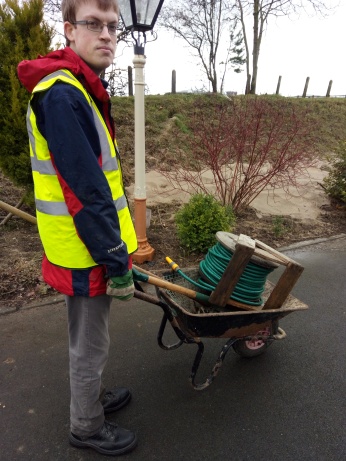 And as an afterthought a little quote: “No act of kindness however matter how small, is ever wasted”*.   The thinking behind this is that we had a recent visitor from Japan who, having arrived from the Toddington direction, was somewhat at a loss to find he couldn’t get to Cheltenham.  The Station Staff (including Dave G) kindly asked a taxi to come up to the Station and away he went.  No more thought was given to the matter – just another way of keeping the paying public content with our service.  And lo – 2 months later  a parcel arrives through the post, covered in stamps, containing goodies for the Racecourse team to eat! 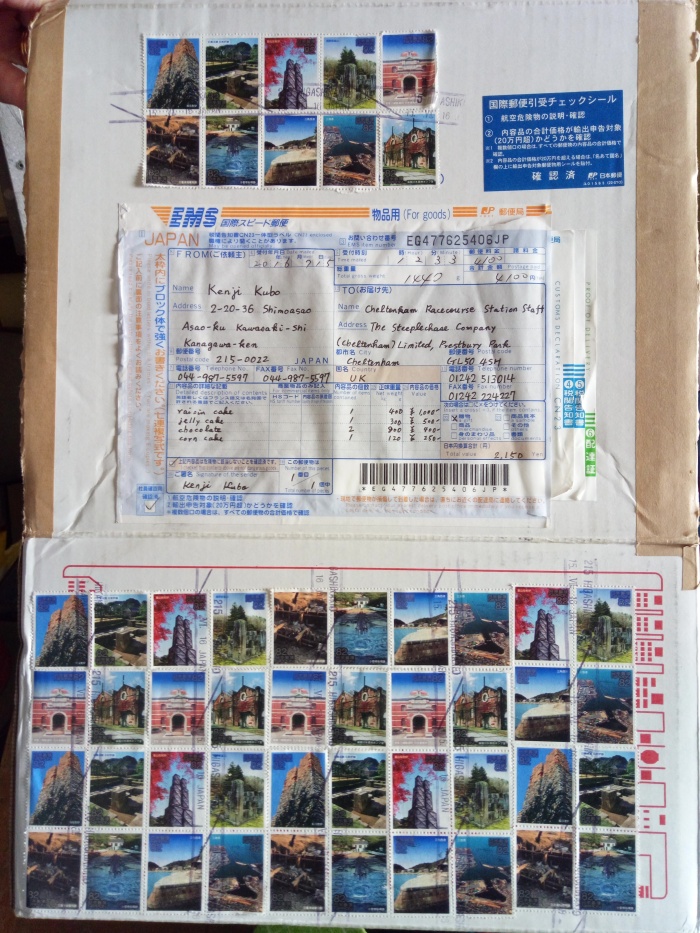 So thank you Mr Kenji Kubo from Japan: your present was (and is being) thoroughly appreciated by all at CRCS.

Great to be open and busy with trains and passengers again!