Regular readers may have detected that I’m not a big fan of the previous attempts to fence at Cheltenham Racecourse Station – whether it’s stark (& ugly) green metal fences, barbed wire or dodgy concrete posts.  None of these (naturally) have been put up by the current GWSR teams – even in the ‘let’s just get in there and get the trains running’ early days.  Probably British Rail, and possibly the dying days of the original company, may have combined with wartime exigencies and manpower shortages.  Anyway, one thing which is certain is that none of them removed previous fences when installing new ones – they simply added another layer.  As such the periodic clear out in which we are now engaged produces much scrap, viz: 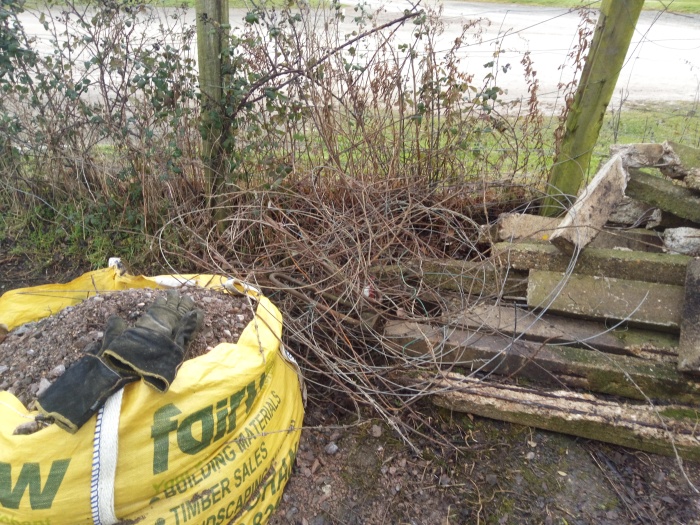 Luckily, under the more far-sighted approach of current management, we should be able to progress to the traditional GWR ‘spear point’ fences and some nicely laid hawthorn and blackthorn hedges.  Of course these are neither cheap, nor instantaneous, nor maintenance-free but should be long-term and aesthetically pleasing!  I hope to bring you evidence in later blogs.

On a less controversial (or preachy!) note there was a small handful of trusties at CRCS this morning and hundreds of passengers – which is good!  Here are Mike, Colin, Steve, Maurice and Ben enjoying hard earned ‘refs’ at 11 of tea and cake (thanks Steve)! 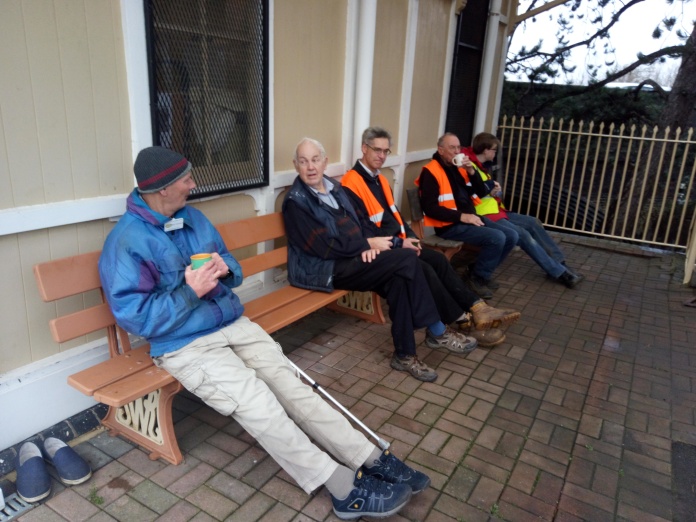 The Dave twins (Tomlin and Griffin) were busy bossing the car park – which requires great patience and strategic planning at this time or year but, most of the passengers are jolly, excited non-railway buffs (obviously no criticism of buffs intended!) here to see Santa with the children or grandchildren or even great-grandchildren.  All very cheerful providing the trains are running – which they were! 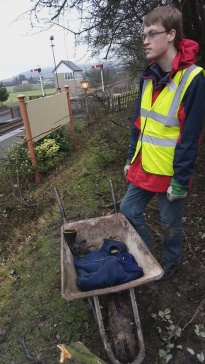 Here’s the usual bedecked engine and a suitably impressed observer.

Merry Christmas one and all!