Anyway,  a brief nosegay of activities at CRCS today.

Building Services continue to beaver away on the pathways to the crossing by the signal box. The wall on Platform 2 was finished on Wednesday and work started  in earnest today  on the pathway from Platform 1, 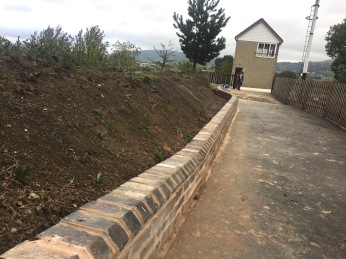 Apologies for the jaunty angle on the  wall photo – I was concentrating on it, rather than the overall panorama (hire a new photographer I hear you cry!)

Back on the car park boundary line Tim and Ben were doing battle with the brambles. A horrid task at the best of times but always worth a pose…..

More tidying up was in progress with the return of the Billy Goat. Here Stephen gently puts it though its paces on Platform 1. It was  revitalised with a new half motor, the old one having expired. We will have to stop using it for Formula 1…. 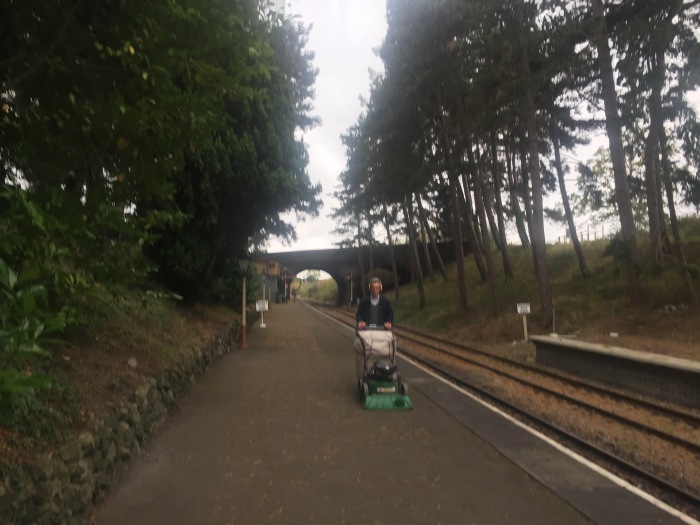 Stephen having completed Billy Goat duties, moved onto the cutting with  the brush cutter.  Stephen emerged at the top just as I was driving home along the Evesham Road!

As ever, there was other work taking place across the site but not all captured by my lens. Next time chaps.