The Moscow State Circus were pitched up near the Station today. The stormy skies quickly turned into heavy showers. Why did we keep saying we need rain for the fresh planting! 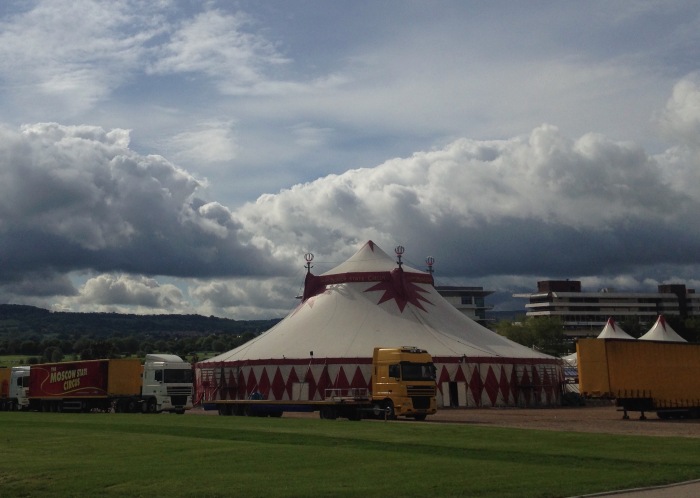 However the weather forecast did not deter a good turnout for the first train of the day. They all looked thirsty, all planning to slake their thirst at the Real Ale  Event at Winchcombe and Toddington. It was tempting to join them! 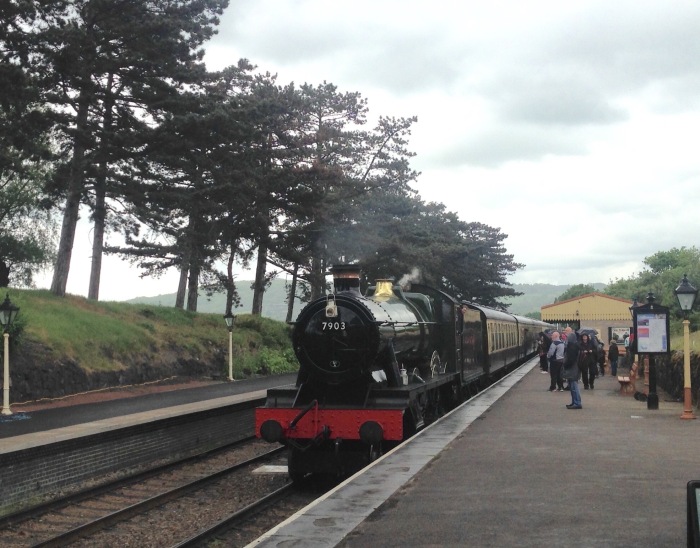 The travelling public would have been less  happy if they new something resembling a North Korean missile was being transported in the train. Enquires with the lads from the Loco Department established it was the old water softener canister on its way to Toddington. If it looks heavy, its because it was – I had to act as banker pushing it up  the ramp into the train. 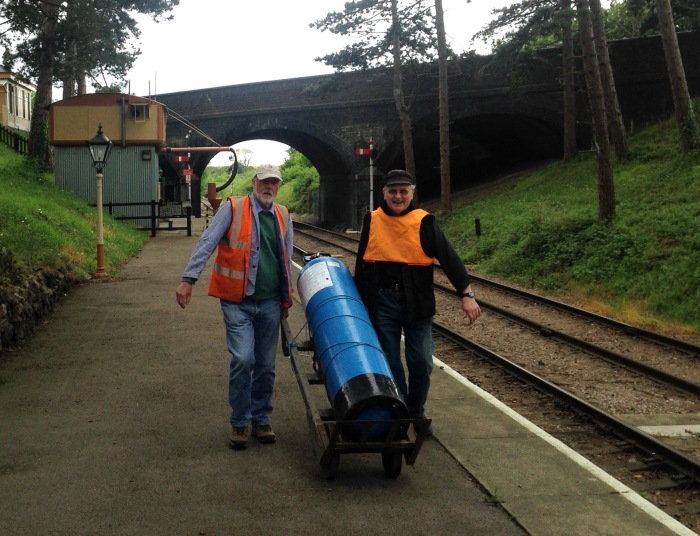 Prior to the arrival of the first train  Terry, Maurice and Stephen were erecting barriers on the Platform 2 slope, in anticipation of next weeks Gala, when we should see  operational trains in this platform for the first time. Brilliant! 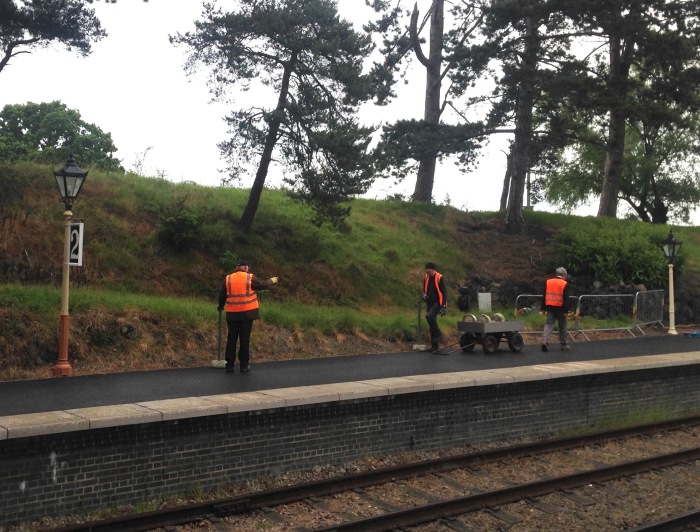 Finally I’m struggling to find a clever caption for the final photo. It looks as if a game of hide and seek is going on! In reality a team was in the process of moving two newly acquired (very heavy!) GWR lampposts to a safe location. Is there an osteopath in the house? 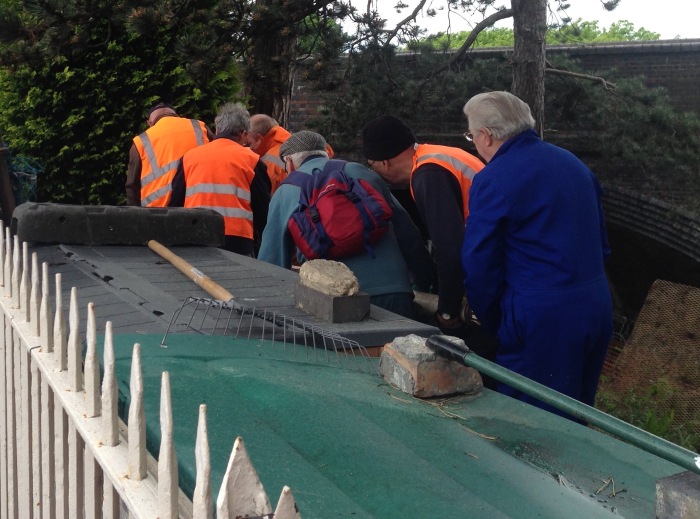 One thought on “Off to Join the Circus….”