There was a distinct sense of hangover at CRCS this morning – more psychological than physical obviously – and not because of anything we had consumed (of course!) but simply because the Racecourse environment always looks rather a sorry sight after the punters have departed.  It was then a morning for sober reflection, some quiet maintenance and a spot of railway TLC –  so, with these handicaps, a short blog only. 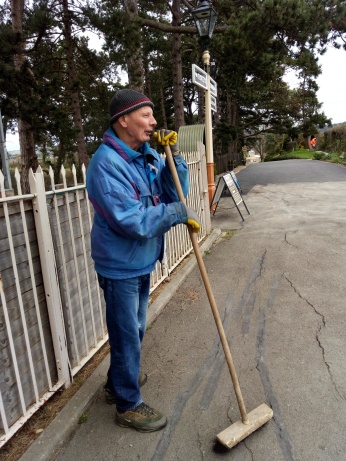 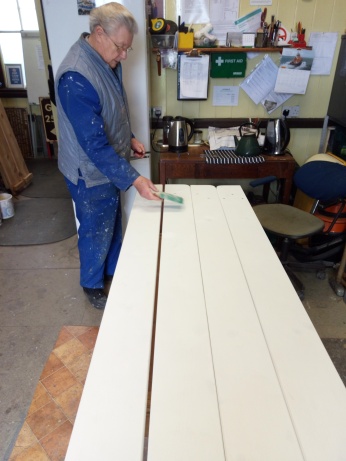 That said, few weekends at the railway are properly complete without pictures of a couple of trusty thoroughbreds in harness early: Mike  with his leaning stick and Dave with a paint brush.  In the former case there was plenty of post-Festival debris to remove whilst the latter is working on a fine new memorial bench. 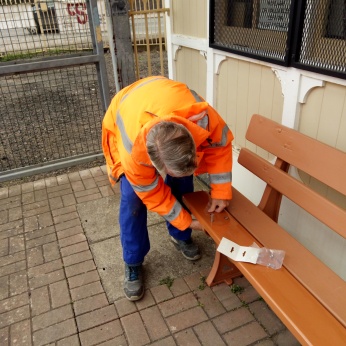 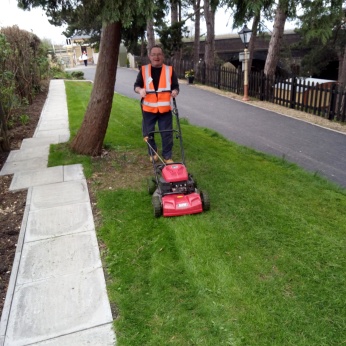 Elsewhere, through a redundant pair of racegoer’s binocular, I spy a second pair of old warhorses were cantering up on the rails:  Bob on bench seat replacement and Paul lawn trimming.

There was also further improvement under way at the new container – almost ready for us to move our vital kit from the staff office into a more appropriate location.  First out of the stalls this morning were Mick and Ben, with Bill (and your truly) coming up late on the rails. 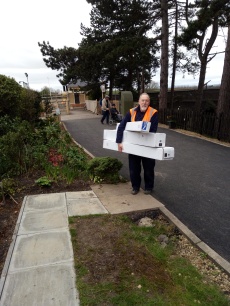 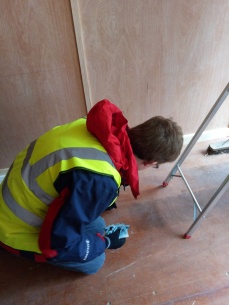 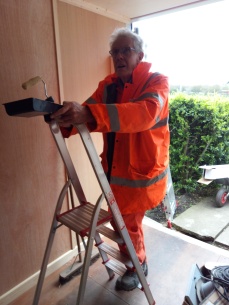 Anyway, the bench is made, the  walls and ceiling complete, the first light fitting is up and it’s odds on we will be moving the first cabinets next week!  And our staff room can be refurbished to palatial standards (well, perhaps not quite palatial)!

John, having had multiple blog appearances as the bookies’ favourite in recent weeks, escaped the cameraman but continued his re-seeding and care for the veg bed.

So, the railway returns to it’s gradual Spring build up with Easter events looming large in the near future with ‘Eggspresses’, ‘Fish & Chip Specials’ and ‘Wartime in the Cotswolds’.

And a Couple of extra  photos:-

John continues his labour of love , seeding the newly profiled embankment by the Platform 1 slope. The blue rope is for John to abseil  down the bank safely. 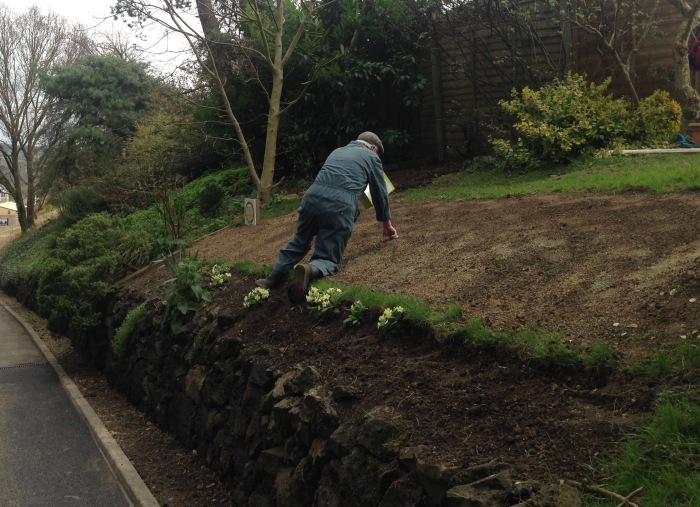 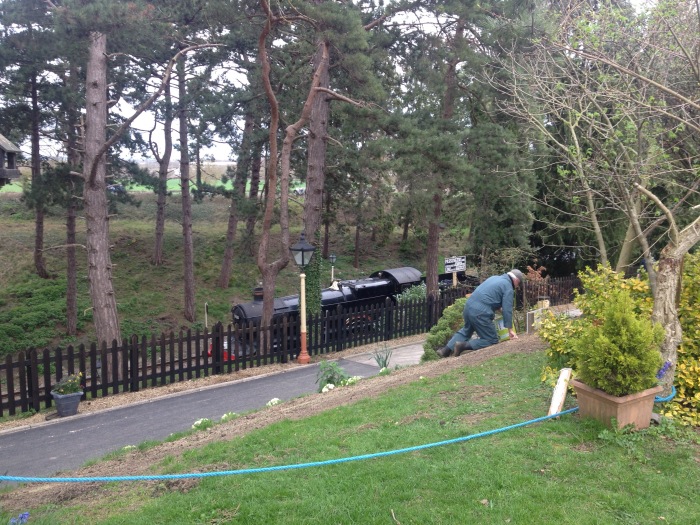 And finally the motley container crew (Ben, Mick and Tim), rightly looking pleased with their efforts! 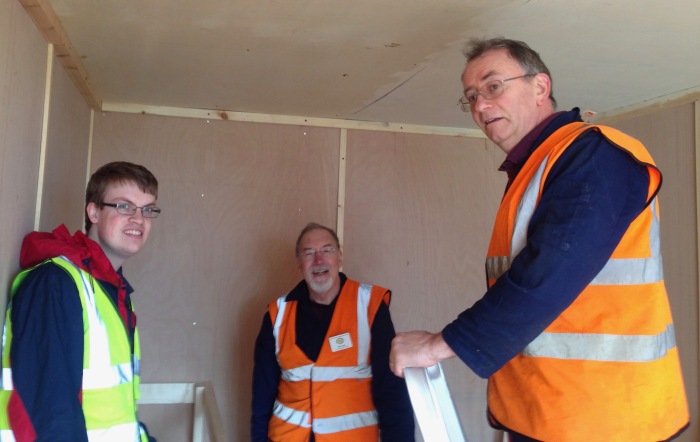