Bob Stark kindly sent me this report for today, which I have enhanced with the odd extra photo and cryptic comment!

Dear Bill,
After an absence from the lists of the bloggers in recent days, I attach a few words on the work ongoing today.
In the last few days B&S have been active fencing and repairing one of the last bulges in the Platform 1 slag stone retaining wall. The fencing at the end of Platform 2 is a neat finishing touch to the approach to the platform from the signal box end, but sadly the heavy rains and traffic over the crossing related to the recent “Open” race meeting have made the surface of the approach road from the North Coach Park very muddy. I suspect that “management” may have left the removal of the comfort container used by the Broadway and B&S teams a bit late and that craning and removing said container will now prove challenging.

I noted that your team were making progress this morning on the new pathway from the shipping container down to the top of the Platform 1 Ramp. 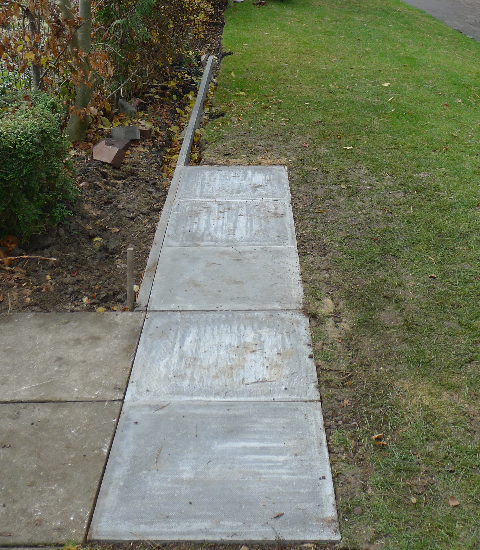 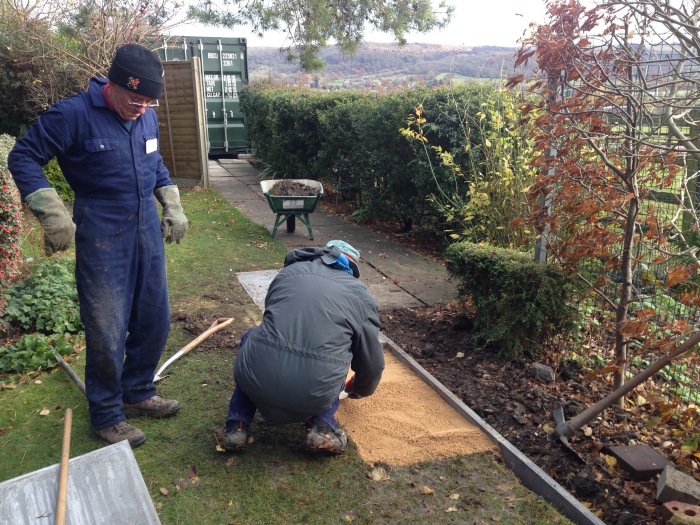 As the image above shows progress is being made with laying in the edging tiles and placing the slabs on a bed of sharp sand. Sadly for Mick, Tim and Maurice there still seems like a long way to go before they meet up with you and Ben “slabbing” round the tree roots.

When I came round with my camera I interrupted this mentoring session between you and Ben. It seemed that tree roots were definitely influencing the preferred straight line route of the pathway.
Elsewhere John was enlarging his Dig for Victory garden and the pair of us searched fruitlessly for a hacksaw for him to cut a steel fencing pole. It eventually turned up with a blunt blade in the gardeners pod, but much time was wasted and many curses muttered against those who borrow tools and do not return them to their correct homes in a servicable condition could be heard for a while.
Mary and Ros were gardening at opposite ends of the station, but their tasks have not been eased by the mild weather so far (even if it was a bit on the chilly side this morning) and the recent heavy rain. The former lets the weeds carry on growing, the latter makes the clay soil turn very sticky adding inches to the soles of your shoes.

In the last couple of weeks Andy has organised the erection of the christmas lights on the approaches to Platform 1 to ready the station for the first of the Santa specials. Today Stephen and I erected the LED fairy lights around the Ticket Office and the  Platform 1 building – it is beginning to look like Christmas! This work was made both quicker and easier following the replacement by Stephen of all the old small rusting steel hooks with slightly larger new brass ones for the Christmas lights and future event bunting. Now for the Christmas trees next weekend.

Our work today was supported (literally) by the first of our new EU safety regulation compliant ladders we have brought into active service. The old brigade of ladders at CRC have served us well, but like their users have begun to show their age and are being consigned to recycling.
As always my apologies to anyone whose efforts I have failed to recognise in this brief round up. 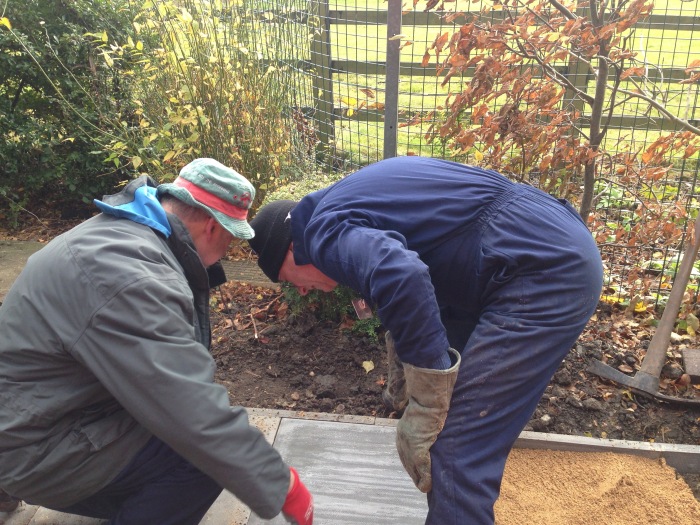 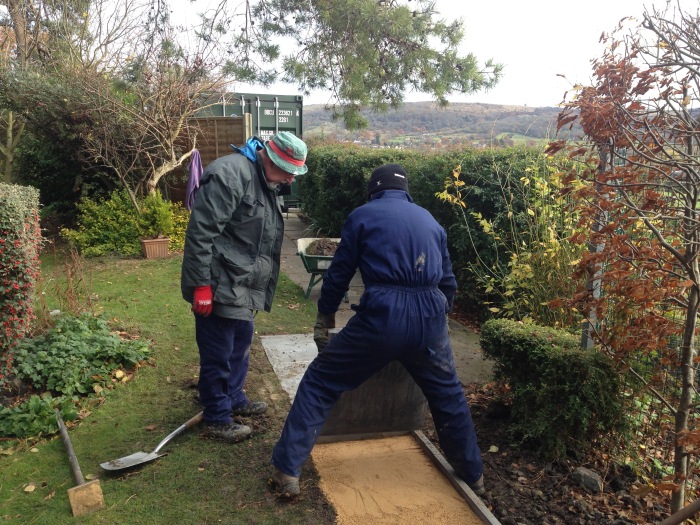 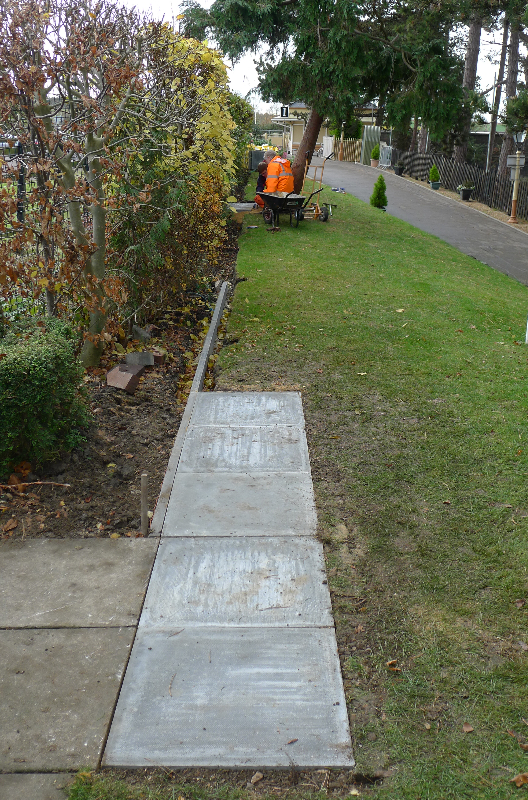