An interesting blog post from Bob  Stark:-
Dear Bill,
Some of what follows has/is also being covered by Tim, but better 2 views of activity at the station than none. Yesterday was a big day as Tim covered in his blog. John Crawford’s contractors laid asphalt over the entire surface and how good it looks. This marks the end of a long project that started back in October 2012 with Steve Warren digging down to the base of the old GWR footings (see below).

In March 2013 huge quantities of concrete were pumped over considerable distances into the reinforcing mesh to fill the hole behind the old platform footings.

Subsequent GWR blogs have covered progress and yesterday was the finale – without the Champagne! Thank you John and all concerned – a great job.

Today (Saturday 15th Oct) was blessed with a good turnout of volunteers and beautiful warm sunshine under blue skies whilst the East and West parts of the country enjoyed rain. Paul Ledamun had already swept the pine needles and cones away with our “billy goat” by the time I arrived at the station and was giving said machine a well deserved wash down and polish.

Stephen was again strimming the embankment adjoining the Platform 1 ramp and what an improvement it makes. This year keeping the embankments strimmed has been a task where resources failed to keep up with weed growth.

Maurice was involved in that thankless task known as “getting rid of the rubbish” and  braved the Saturday queues at the Cheltenham recycling centre.

Dave Griffin was taking advantage of the sunshine and managed to complete the repainting of a couple of panels of our Spear fencing by the mini Anderson shelter- another long running task that has had to take 2nd place behind bringing in our shipping container and Station Master duties. Out on the estate Tim and Mick have completed the installation of a 2nd tap for the Platform 2 garden (sorry folks – no image of this success story) and made progress on the new fencing at the back of the Klargester as well as clearing out more of the undergrowth – see Tim’s report. Adjacent to the Klargester John Leeson has been excavating the roots of bushes that had outgrown the limited space on the edge of his “Dig for Victory” garden. I hope that this will mean more fresh veg straight from the garden next year? – thanks John, the fresh potatoes and runner beans have been much enjoyed this year.
On Platform 2 Ros and I (as ordered) kept clear of the new soft platform surface and went mountaineering on the embankment to plant some spring bulbs to add colour to this area next year. In the area we chose the ivy has taken over and even the grass has given up. Another task for next year.
I also treated the area down near the signal box on both sides of the trackbed with weed killer to try and eradicate the pernicious prickly dandelion weeds that have spread greatly in the last couple of years. My first sortie with the spray a few weeks ago was very successful, but with the continued warm weather new plants are still emerging.
Before we left we noticed that some of the recently planted hedging bushes by the new container were becoming distressed with the dry weather and Ros used the hose to water them. In changing position she manged to create a pool of water on the ground adjacent to the PODs which was promptly used by supervisor Robin for a bath. A Blue Tit that joined the splash party was however seen off in a most unfriendly manner. 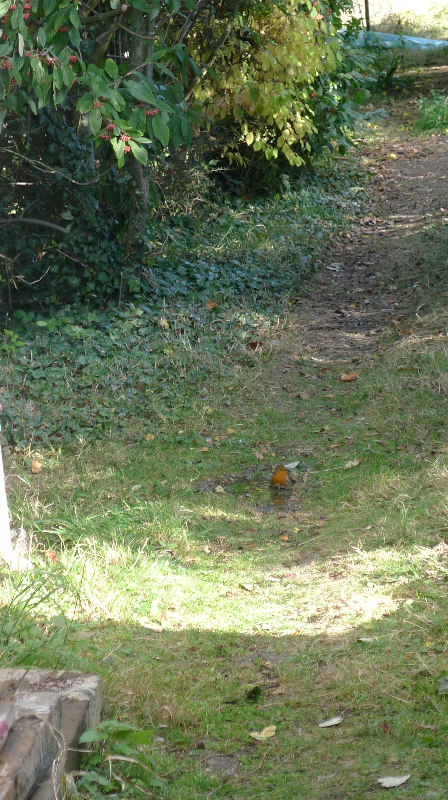 Lastly whilst on the subject of flying objects, a vintage Russian Antanov AN-2 biplane, similar to the one shown below was flying low around the skies of Cheltenham this morning and passed overhead several times. Who said the cold war is over? Machines like this were (are still?) used in the outback of the Russian tundra as the local buses for moving people, animals and freight. I’m told they can fly backwards when they encounter a strong headwind, but perhaps informed comment from our Air Force member would be more appropriate than the ramblings of an ex-soldier. 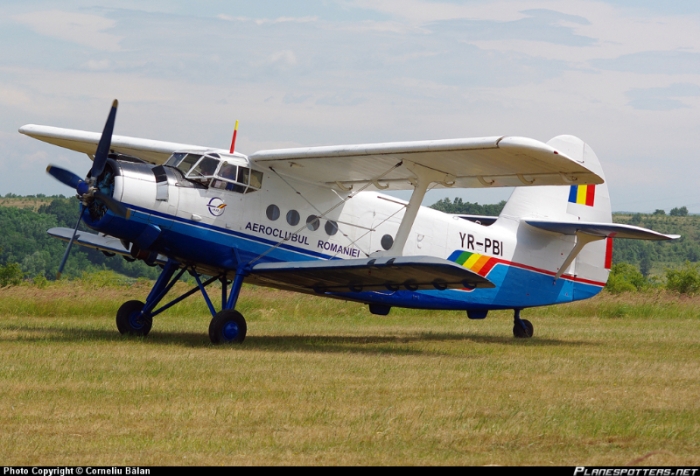 And from Tim Winstanley – cogitating on the Container electrical supply!