Bob Stark reports:
The sign  (To Trains) had to go up today, or it would not be in place for our opening. As we are a railway I felt that the lack of that sign was an issue for urgent resolution!
Tim came up to the station and between us we put up the sign in the teeth of a gale that was of the same velocity/ferocity as I recall from my days in the backwoods of the Falklands. (albeit it does not look that bad in the image) 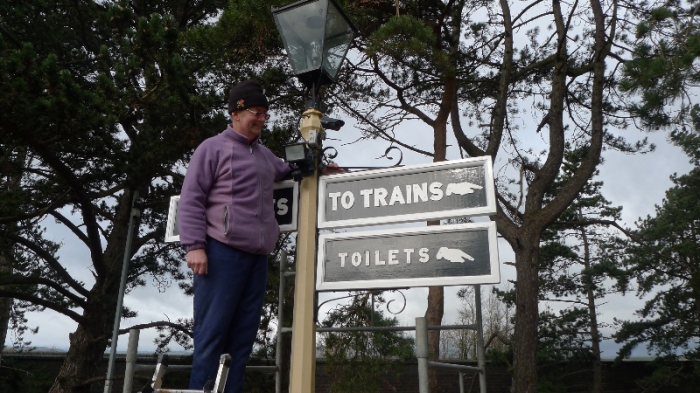 Val Griffin (and Dave) were in the Booking Hall and Booking Clerk’s Office today spring cleaning in anticipation of the opening on Saturday. 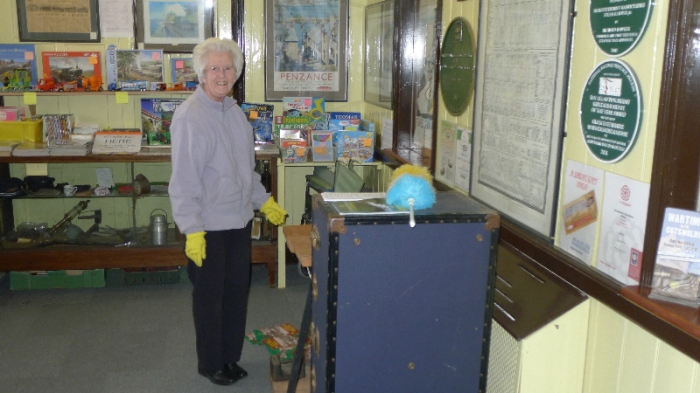 After completing our signage activity Tim went down to Platform 2 and started to fit out the lighting distribution box. He also installed the earth rod in the electrical supply underground chamber.

Having been deeply wounded by my earlier comments regarding North of England stone wall training Tim continued the unequal struggle to build up the wall with the awkward shaped and very heavy slag stone boulders. As the old Mr Grace from Are You Being Served would have said “he has done very well”.
Bob